The Side Hustle and Flow Interview Series: Willie Jackson

Last week, I kicked off a new series on the blog called Side Hustle and Flow, which profiles people who had full-time corporate jobs and worked on their side business until they were able to quit and do it full-time. Chandoo was the first person profiled, for parlaying his love for Excel into a full-time, thriving business. 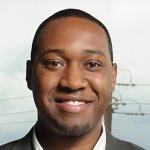 Today I am thrilled to introduce you to Willie Jackson, a good friend and future collaborator (we are doing a college speaking tour about the new world of work).  From the first time I met Willie in person on my Atlanta book tour, I knew he was special. He is in his mid-twenties, but carries himself like someone much older and wiser. He is not only talented in his technical field, but is a natural businessperson. And he is already starting to mentor and encourage others, like Chris Jordan, a former insurance agent who is now doing web design.

Willie perfectly illustrates the shift in the employment paradigm, cemented on by the massive economic collapse in 2009. Talented young people are increasingly bypassing corporate careers to go straight to work for themselves. They are not willing to put up with corporate politics and decades of “paying dues” to get a big payoff. This will alter the way we recruit and manage young employees and force us to leave mafia culture behind. Here is Willie’s story:

What was your former day job?

IT Consultant with Accenture.

What was your side hustle?

When did you start working on it?

I billed my first client in the Summer of 2007.

Did you tell your employer you were working on a side project? Why or why not?

Nope. I never felt the inclination to share, largely because it had no impact on my job. Consulting is not typical employment; my “boss” changed with every project and so long as I did what I needed to do, no one cared what I did with my free time.

How did you know when it was time to quit your day job?

Panic attacks after a particularly unpleasant week were a pretty clear indicator that something needed to change. Mind you, I’m one of the most laid-back humans you’ll ever come across. There was a pretty disastrous and awkward event that lead to this back-of-camel-breaking straw, but we’ll have to leave that for a different blog post 🙂

It’s important to note that I always had entrepreneurial aspirations; I just didn’t know what I wanted to do. Spending three years in an unfulfilling job was a great way to figure out one thing I didn’t want to do, though. #optimism

What scared you about that decision?

Nothing. I had no fear.

I feared giving 15-20 years of my life, three failed marriages, and countless hours to a faceless behemoth. I feared waking up five years later still wanting to quit. I feared not showing my younger sister and mentors that anything is possible. I feared giving the best hours of the every weekday during the best years of my life…without ever having the chance to live a life worth leading.

How did it turn out?

I’m roughly six months out and happier than I ever was in my old position. My business is growing, I have more time for “passion projects,” and my story has inspired others to either a) realize that they, too can move courageously toward their dreams or b) put a more finite time line around their exit strategy.

What are you doing now?

Enjoying a life without limits. Spending more time reading. Learning the finer points about running a profitable business. Preparing to launch a new business. Developing deeper relationships with my friends and family. Observing the beautiful synchronicity of it all. Eating gummi bears.

What advice would you give for others who are working on a side hustle now that you have a bit of distance?

Move faster. Stay hungry. Life is too short and the world is waiting on your gift!

How can people find you, or hire you?

Thanks Willie! I expect great things from you. And I know you won’t disappoint.

20 Responses to “The Side Hustle and Flow Interview Series: Willie Jackson”